LESSONS FROM THE MASTERS

He’s only in his late 20s but he’s already an Executive Director. How does he do it?

As the Executive Director of Eco World Development Group Berhad, Liew Tian Xiong sits on the board of directors while working closely with the junior staff on the ground to help sell properties. His father is Tan Sri Liew Kee Sin, founder of SP Setia. Going into property development was inevitable since it was a world Liew knew intimately: He practically grew up in the sales gallery offices of SP Setia. When Liew was born, his father was spending so much time in the sales gallery helping to sell properties that he hardly saw his first-born. So he asked his wife to bring the baby along to the sales gallery so that he could spend time with his son.

Liew’s earliest memories are of wandering around sales galleries and interacting with the staff. When he was a teenager, Liew spent his hours (from the time he was 14) sitting in at his father’s management meeting. “It was my father’s suggestion that I come in and sit in for the meetings. At that young age, I did not grasp the content of what was discussed, but as I grew older, I became fascinated at the interaction between my father and the management team. I had a front-row seat in watching how to manage people – from dealing with issues during the Q&A sessions to solving problems and managing conflicts. I learned a lot more from those sessions than any university could ever teach me,” says Liew. 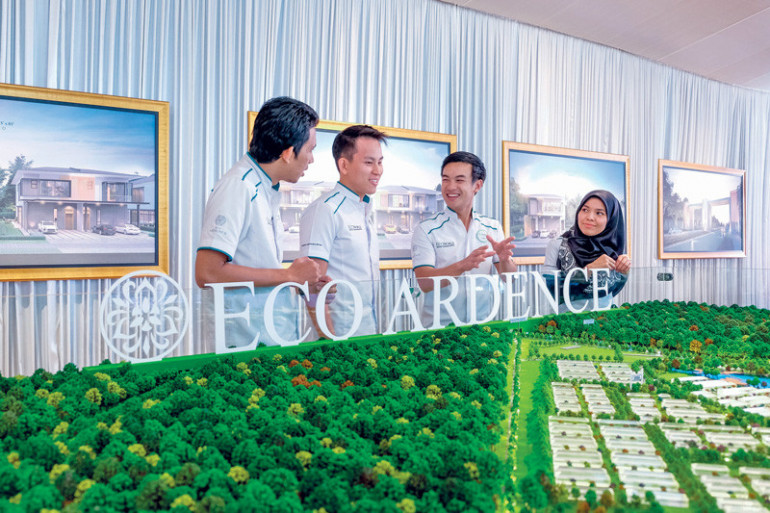 It came as no surprise to anyone when Liew went into the property business fresh out of university. How did he prepare himself for such a challenge? “My dad gave me two valuable advice: Be willing to learn and know how to respect the seniors in the company. You might have the degree and academic knowledge, but they have the experience,” he says.

He shares his own experiences when he first started at Eco World. “I was just a fresh graduate and I had a short window period to grasp all the facts and I had to keep up with the rest of the team. At the same time, everyone is expected to chip in to help the sale of the products. Once when we were launching a project, during the first week, I only saw my family for 30 minutes for the whole week! I’d work till 3am, go home and be back at office at 8am. That was a lot to take in at one time. But you just have to hang in there and do it.”

SKILLS EVERY FRESH GRAD MUST HAVE

Liew shares what he believes are essential for a young talent.

“If you’re in sales, good communication skills are a must in order to close a sale.”

“Don’t be picky about what you are asked to do. I have heard from others that some fresh grads don’t want to work late or on weekends. One of the questions I ask during interviews is whether he or she is willing to work seven days a week for three months or more because that’s what you have to do during property launches!”

• LEAVE YOUR EGO AT THE DOOR

“Most young people fresh out of universities think they know a lot. Once you enter the working world, you realise you don’t know much. Be open to learning – from your superiors and especially from those below you. Learn to take rejection; it’s part and parcel of working life.”