THE RULES OF SUCCESS 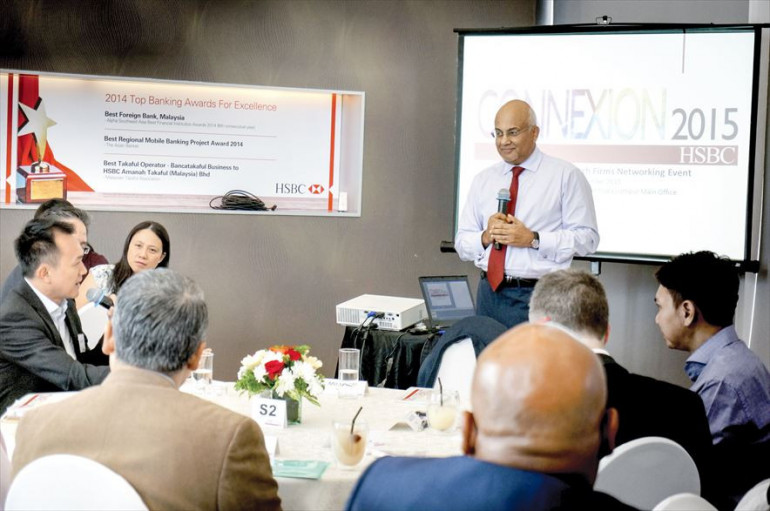 Mukhtar Hussain, CEO of HSBC Bank Malaysia Berhad, talks about his trip to the top.

“I’m a better manager because I listen to employees and customers,” says Mukhtar Hussain, CEO of HSBC Bank Malaysia Berhad. “I want to hear objective and constructive comments and criticism.” Mukhtar likes to walk around the HSBC headquarters in downtown Kuala Lumpur, where his office on the 20th floor gives him a sweeping vista of the capital. But, he says, the view of the outside would mean little if he didn’t have 360 engagement with the bank’s insiders. “I think people are genuinely pleased to see the boss. Listening helps me understand the conditions they work in. From customers, I learn about the conditions they are banking in.”

This feedback helps Mukhtar compare notes with what he has already been told through official channels. “Sometimes, it’s not the process but rather the way we handle the process. I lose no time sharing feedback with my colleagues. So, for me, the worst case scenario is when a customer leaves us for good without even telling us what was wrong.”

Communication is at the heart of Mukhtar’s ABCs for life. “Everything begins with you. Your attitude shapes your aptitude. If I look at successful people, they are usually positive, can-do personalities who see opportunities, not problems.” Mukhtar says his fear of failing is a powerful motivator. “I’m a self-starter, and I get on with the job passionately. I don’t need people reminding me to do my work. It’s my responsibility to do it, and it’s fulfilling for me. That’s why my seniors entrusted me with assignments. I’ve had brilliant managers who respected my abilities and guided me. I had great mentors and admire them for their resolve. Many of them are at the top of management today. It’s a wonderful thing to have such accomplished colleagues.”

"All I can say is whatever you choose to do, excel at it."

Mukhtar started his career in HSBC in 1982 in London. He graduated in economics at the University of Wales in Cardiff. “I chose that university because I loved rugby. I went where I could find my passion and play energetically. My father couldn’t believe it when I turned down offers from high quality universities.”

Mukhtar was born in Pakistan and at seven, moved to London when his family migrated there. “I had no specific idea of what I was going to do but after the routine questions at the interview, I differentiated myself from other applicants by talking about my experiences as an immigrant child. I believe it was my authenticity that convinced them. I didn’t have any pretensions.”

His first assignment was at the HSBC branch in Hanover Square processing payments. “It sounds mundane but that’s where I learned important people skills. Life is not about your ability to intellectualise anything. It’s about getting along with people. I’m still friends with that first group of colleagues. I think they are proud of me.”

Mukhtar was then placed on a three-year programme that took him on a tour of the bank’s many facets, including research and analysis, risk, bank management, banking relationships and an immersion into London as a banking centre of the world. “I met bankers from all over the world,” says Mukhtar of those heady days. “I was given interesting assignments that allowed me to show what I could do, like being analytical and being inquisitive. To get ahead, you need to demonstrate that you want to help others, that you can work in teams and figure out valuable synergies.”

Then came a real challenge. The bank wanted to build a strong business in Eastern Africa. Mukhtar spent over a year navigating and negotiating with government agencies and financial institutions. “I was young and willing. There was a lot of travelling between London and the African countries. My bosses saw that I could build something from scratch. For me, Africa is full of paradoxes and complexities. In the end, it’s all about people.”

His defining moment came after that. Mukhtar was assigned to Dubai in 1993, then still a town in a desert with big plans. “It wasn’t the megacity it is today,” says Mukhtar. “I left London, the world centre of banking, for this? But this was my chance to build something.”

And that’s what he did. He arrived as a junior manager and left 13 years later as the deputy chairman. He helped build one of the largest and most comprehensive commercial banking operations in the Middle East. “I had great satisfaction with that,” says Mukhtar. “I realised that I had fantastic seniors who are very successful people themselves and yet, their most outstanding quality was their humility. They put light into other people’s lives.”

After Dubai, Mukhtar returned to London and assumed a senior position that involved global assignments including Islamic finance, which exposed him to countries like Malaysia. In 2009, he came to Kuala Lumpur as deputy chairman. “Malaysia has a good reputation; it’s a profoundly friendly country that has few barriers, a country with great institutions. Whatever your culture or background, you can quickly feel at home here. I’m very fortunate to be here for six years

HSBC is the oldest foreign bank in Malaysia, founded in 1884 in Penang. It has played a strong, vibrant role in the development of banking and talent. Today, HSBC has over 4,000 employees here, making it one of the largest HSBC centres in the world. Given its international structure, any outstanding, mobile and able person has a chance to work abroad. “You can’t compare countries because each one is so different, even the banking dynamics vary. But people are universal. They want you to be fair and objective, open and honest.”

HSBC’s graduate programme is a vision with a specific outcome: To source today’s talent to create tomorrow’s leaders. “Not long ago, I too was in the same boat. My role is to inspire people to perspire with us to build something. New people bring fresh mindsets to an organisation. It’s a given that technology will change banking, so there’s always a role for young people. Even the way we recruit has changed. All I can say is whatever you choose to do, excel at it.” 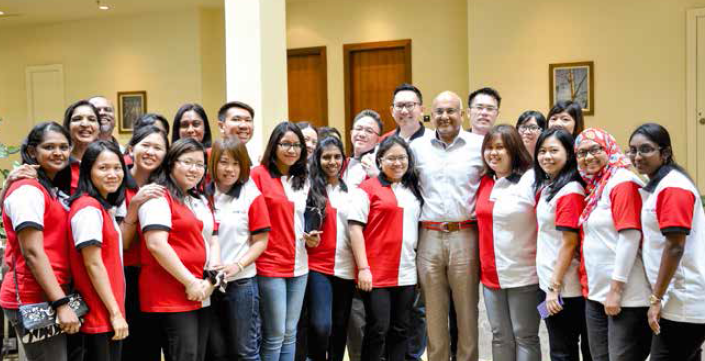 THE ALPHABET OF SUCCESS

L Light, Lean on one another

M Malaysia, Managing in a matrix

W Wisdom to do what’s right, Win together, Walk away, We not me 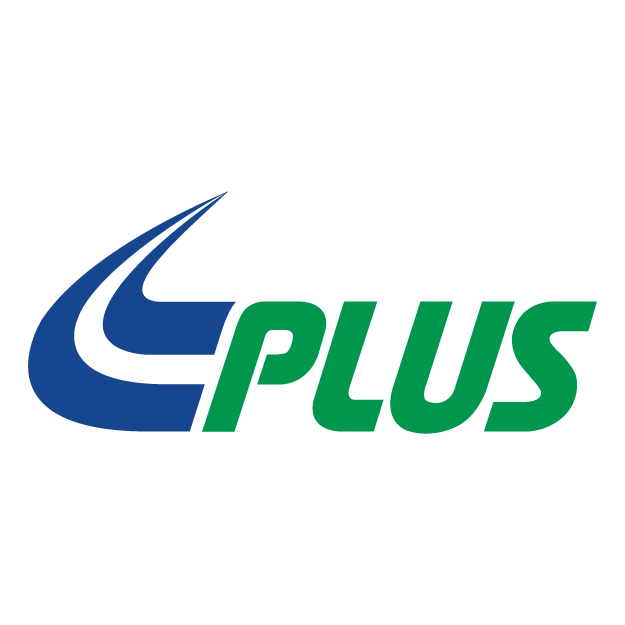 Why You Could Benefit From A Weekly Self-Evaluation 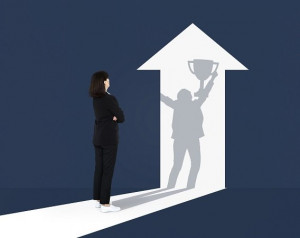 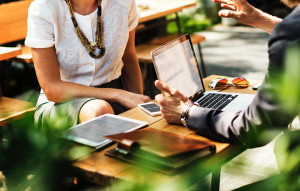 Be your best self with Alliance Bank’s Management Trainee Programme! 5 WAYS TO SURVIVE YOUR FIRST JOB 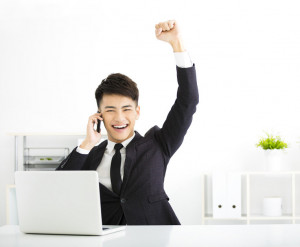 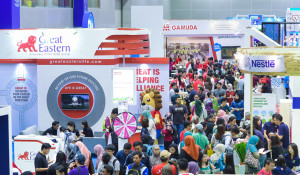 Engineering may not rank high amongst career choices for young millennials but according to Adil Putra Ahmad, Executive ... What it takes to Excel in a Banking Career !

Continuous disruption is a norm to any business and can be in different context, such as current Covid-19 ... 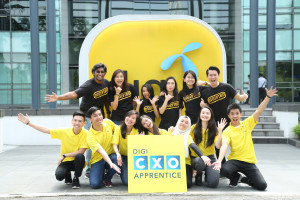 ● Accelerated career kick-starter with direct CXO mentorship in one of Malaysia’s most innovative companies ● Opportunity for ...