THRIVING IN THE BRAVE NEW WORLD

Every fresh graduate is aware of the uncertainties he faces in job hunting when he le­­aves the comfort zone of college for the real world.

The future can only get tougher in years to come. The 4th Industrial Revolution increasingly will transform the way the world works and lives through technological innovations, such as quantum computing, nanotechnology and 3D printing.

“In the world of the future, we won’t just be competing against other humans (but) against robots, algorithms, computers,” Taufik Albar says.

The Group Chief Financial Officer of RHB says, as the new revolution gathers momentum, many of the skills of today will become redundant with artificial intelligence nudging out the need for human labour.

“For instance, algorithms can take the place of investment consultants.

“In banks, we talk about robo-advisers,” Taufik says. These can prepare a financial portfolio to suit a potential client’s age profile, life goals and appetite for risk.

He cites an international business magazine, which, in addition to producing the normal “human-written” articles, is already working with a business partner that uses artificial intelligence to produce “automated narratives” on businesses.

“You will have trouble telling (the reports) apart,” he says. “At least one international news agency is now using algorithms to write stories, so who needs journalists (in the future)?”

This has created an unprecedented challenge for educationists today. “How do you teach and prepare people for jobs that will only be created 20 years down the road?” 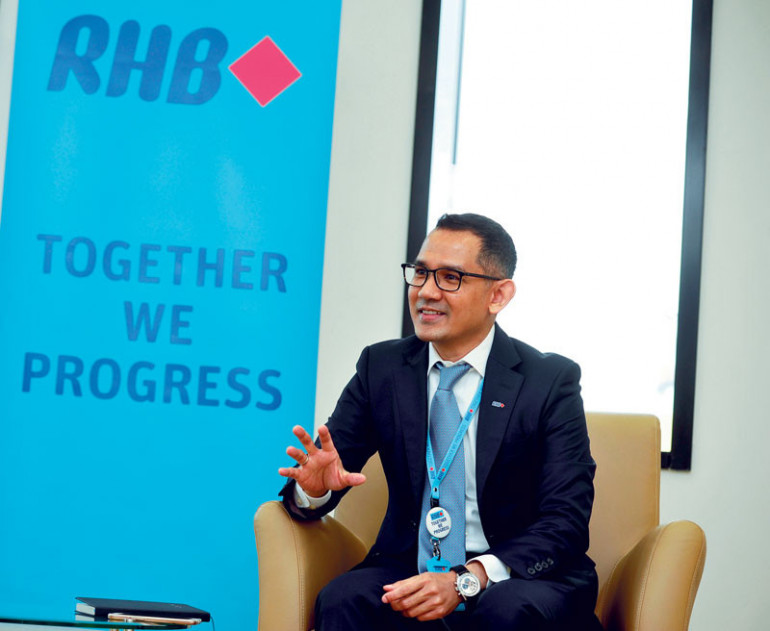 Taufik proudly describes himself as a product of the Malaysian education system. He completed his secondary studies in a local boarding school and was offered a scholarship to read law in the UK.

However, he waived that privilege in favour of pursuing accountancy locally at the International Islamic University. For good measure, he followed up with a master’s degree in economics from the same university.

“I have the distinction of studying at both the old campus and the new one in Gombak,” he quips.

He lauds the current education system for its exacting content but suggests a more holistic approach to delivery that is creative and application-based, not merely driven by academic results.

“We should not spoon-feed students because that produces people heavy on data but light on life and thinking skills,” he says.

Today’s leaders should learn to trust the younger generation, who are driven by different aspirations and realities. The way forward is to allow them to create their own experiences, make mistakes and learn from their own foul-ups.

“Mistakes are good,” he says. “Our job is not to prevent mistakes by the younger generation, but to create a safe zone in which they can happen, without causing the (business) millions of dollars!”

Taufik highlights his experience at the central business reporting team with Shell, when he was based in The Hague, Netherlands for three years, as an example of this.

Under the team’s “buddy system”, each new joiner was assigned a “buddy”, who would not only help him with finding his way around the company, but to also thoroughly scrutinise all his work output before it goes to the supervisor for approval. There was no room for error, whether pressured by deadline or work commitments.

“Nothing I did could get through to the boss without being vetted by my buddy. And in turn, I acted as a buddy to someone else in the team, so it really created a strong culture of teamwork and collaboration,” he recalls.

GETTING TO THE TOP

The formative career stage for Taufik is an experience that he has shared with his younger colleagues through the various corporations he has worked in, from oil and gas to telecommunications, infrastructure, and now banking.

“There are three things the younger generation need to get to the top in whatever it is they decide to do: Creativity, Mastery and Agility,” he says. And this is especially true in the digital economy.

Mastery is simply about being nothing less than the best. “If you are an accountant, you have to be a really good accountant.

“If you’re an entrepreneur, you must research and know the business you’re going into very well. You can’t do a surface job (nor) be mediocre.”

He referred to business guru Alvin Toffler for the best interpretation of Agility. “One of the most paramount skills we must have is the ability to learn, unlearn and re-learn. Half of what we learn in the university could go out the window because real life is very different.

“A few years down the road, our job evolves or we move to a different organisation, and more things go out the window!”

The ability to reinvent our skills will be a prized asset to help us thrive in the next wave of civilisation.

Taufik describes Creativity as the ability and imagination of the human mind to find solutions out of sheer necessity even in the most extreme situation. This will be the human advantage over artificial intelligence in the coming war for jobs, he says.

Machines only “think” in terms of probabilities and possibilities. Humans tend to think in terms of “what needs to be done”, he says.

“Despite the rise of machines, all these traits – and a lot of hard work – can (help to) overcome insurmountable challenges.” In other words, some things will never change despite the paradigm shift in the industrial landscape.

“We often try to speculate what customers might want in the future and prepare for the things we think might change. But as Amazon’s founder Jeff Bezos suggests, it is equally important to focus on the things we know will not change.”

For example, good customer service and high product quality will remain important whatever the landscape of the future may be. “We need to plan for the unknowns, but it also makes sense to put in time, money and effort into dealing with things that we know will remain important to our customers over the long term.

“The technology of product delivery may change, but when I buy a suit, for example, the fit and the way it is made will always remain important. Meeting customers’ needs in a manner that delights them will always be paramount to a business.”

In an ever-connected world, the leaders of tomorrow will need to be “citizens of the world” to respond rapidly to events aroun d them. It is no longer about work-life balance, but work-life integration, Taufik says.

The flow of work will change, as smart devices transform the way we make use of time. He points out that employees can use smartphones for personal matters at work, while work can also be done at home and workers remain accessible to their bosses.

“We are judged on the deliverables, not our hours,” he says. “More and more Malaysian companies are moving in that direction.”

Career expectations clearly must be recalibrated for the brave new world of the future.

Banking has its “glamorous” side, with IPOs, investments and mergers but there is a lot of hard work with the need for new products in a competitive business and meeting ever-demanding corporate clients who want it all.

A “can-do” attitude in a challenging environment is essential. “I thrive on challenges,” Taufik says. When he learnt that fintech (financial technology) may be a major threat to traditional banking, “I wanted to be there!”

He credits his parents, especially his mother, who is a British-trained statistician, for his love of books and thirst for knowledge. “She used to have to force me to read, but now I can’t stop!” Taufik’s own advice to young students is not to be narrowly focused on material achievement but also to love what they do and focus on making a difference to life.

“Find your life’s purpose, and it’s fine if that changes over time.”