A pioneer of the nation’s largest infrastructure and engineering projects, Gamuda Berhad has always been in the forefront of the industry by pushing the boundaries of innovation. Gamuda Director, Group Human Resources and Administration, Lai Tak Ming shares with Graduan ® how the company embraces this spirit.

From undertaking Malaysia’s first integrated township development to the world’s first dual-purpose tunnel in the Stormwater Management and Road Tunnel (SMART) project and Malaysia’s largest infrastructure the Mass Rapid Transit (MRT) project, Gamuda Berhad has always been at the forefront of the infrastructure, engineering and property development industry. It is the spirit of innovation that sets the corporation apart from others. According to Lai Tak Ming, Gamuda’s Director of Group Human Resources and Administration, innovation is about thinking outside the box and transforming an idea into something different and of greater value. “Organisations must look at what they are doing and what others are doing. Take something that is ordinary and make it into something transformational,” he says. An example of Gamuda’s innovation is the worldrenowned engineering work of SMART tunnel, the only tunnel in the world that’s built with a dual-purpose function. “The concept of a Stormwater tunnel was not new. However, it was perceived as a very expensive idea and didn’t seem feasible. After discussions, we thought of turning it into something that is practical and can be used every day, yet also with the function of a stormwater tunnel to help solve the flooding problem in Kuala Lumpur,” says Lai.

Thus the idea of SMART tunnel was born - a dual-purpose tunnel that is used as a road tunnel and in the event of a major overflow, it is shut down to traffic and becomes a stormwater tunnel. Two Herrenknecht slurry tunnel boring machines (TBM) from Germany were used and Gamuda understudies the German experts to build the second half of the tunnel. The project was completed in 2007 and became an icon in the engineering world.

“But we did not rest on our laurels after SMART. In fact, we continuously hone our expertise and we believe in being the best in what we do,” Lai says. The earlier version of the Slurry Mix Shield TBM was further refined through collaboration with Herrenknecth and University of Bochum in Germany - which resulted in the world’s first Variable Density Tunnel Boring Machine (VD TBM). The VD TBM was pivotal in the success behind the underground tunnelling works across highly treacherous karstic limestone geology underneath the Kuala Lumpur - and more importantly, it was our innovation,” says Lai. “The varying viscosity and density allow us to manage the pressure much better. With this new technology, we discovered the number of sink holes and cavities have significantly decreased,” says Lai. The variable density tunnel boring technology won them the Technical Innovation of the Year in the International Tunneling and Underground Space Awards 2014.

“At Gamuda, rather than taking the traditional paths, we prefer to come out with our own ideas and propose them to the relevant authority. For most of our projects in property development, we did the master planning from scratch, conceptualise, and then develop it,” says Lai.

Kota Kemuning was Gamuda’s first foray into the property development 20 years ago. “We built the golf course first for a lifestyleconcept township. An idle swamp was rather ingeniously turned into a recreational wetland park. In our masterplan, and mind you this was 20 years ago, we put in pedestrian walkways, some eight kilometres of cycling and walking paths that connected the different precincts. We built precincts that are self-enclosed with their own cul-de-sac, well before the idea of gated and guarded community became popular. At that time, no one has done that before. It became the standard of a wellplanned integrated township,” he says.

The culture of innovation depends a lot on the leadership of the corporation, says Lai. “Our CEO does not allow us to accept the status quo. He is always pushing the boundary and challenging us to look at alternatives and new ideas. In all departments, we have to keep thinking about how we can do things differently.

"Young graduates must be willing to be open, and be exposed to new environment and interact with different people in order to develop a spirit of innovation."

“The whole idea of innovation presupposes that we don’t kill off any idea prematurely or are quick to judge something as not workable. The seeds that are initially planted can germinate into something different but workable. Discussions and brainstorming are encouraged,” he says.

Lai says there is room to develop a more bottom-up approach from the grassroot level, to create a new culture in the organisation where employees are encouraged to think and speak up for themselves and are rewarded by doing so. “Malaysian companies tend to not do so well compared to multinational companies. We still have defined power hierarchy,” says Lai who quotes a recent survey on power distance in an organisation where Malaysia ranks the highest in Asia in terms of power distance.

“If power distance is high in an organisation, those at the bottom of the hierarchy accept the fact that they have no power, and those high up know they have power and flaunt it. Power hierarchy can impede innovation,” says Lai.

Since four years ago, Gamuda CEO Dato’ Lin Yun Ling had been encouraging young people to speak up by organising regular town hall meetings and spoke with various groups such as young graduates and young working mothers. These meetings spurred the company to start diversity and initiatives, women at work programmes and flexi working arrangements through the feedbacks given. “We are on our own journey to become more democratic, inclusive and progressive. It takes time to gradually change over the years. We have started this about five years ago and we are seeing some results now,” says Lai. 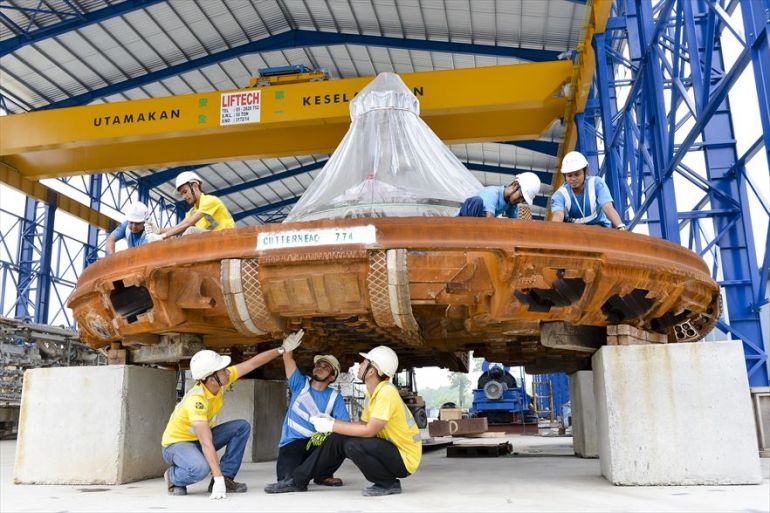 When it comes to recruiting young graduates, one of the qualities Lai looks for is critical thinking. “We would like to have employees who are able to think for themselves, critique, The final tunnelling breakthrough for the KVMRT Sungai Bulog-Kajang Line at the Pasar Seni MRT Station in April 2015. Local talent from the TBM Refurbishment

Plant examining TBM preservation works at the plant in Ipoh, Perak. and think of better ways to do things. Having influencing skills and persuasiveness to convince others about your idea is another plus. But while having self-confidence, young people should be humble and teachable, recognising that they are still on a learning journey,” he says. 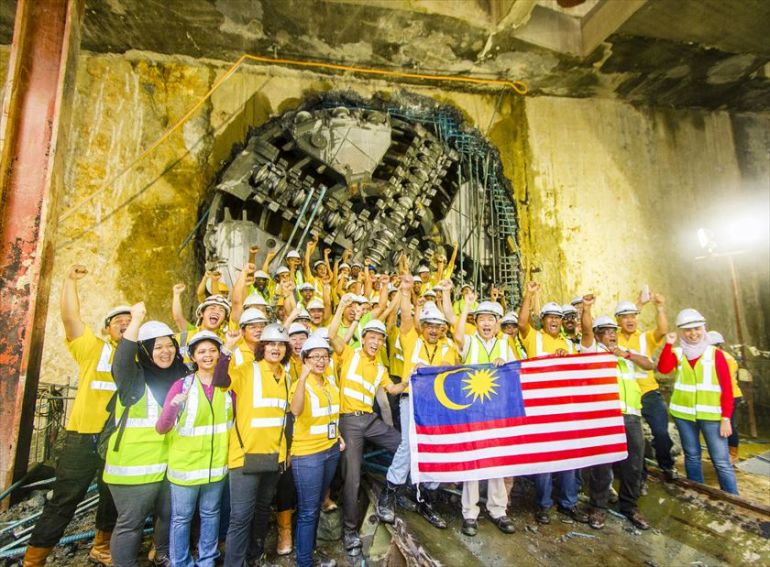 He continues: “One’s mindset and paradigm do not change overnight. Young graduates must be willing to be open, and be exposed to new environment and interact with different people in order to develop a spirit of innovation.”

The Malaysian Career Fair is back! Giving Malaysian Undergraduates in the UK the opportunity to discover and secure job opportunities back home before they graduate!

Ready for the Future

How To Impress At The Interview

Highlights of The Aspire+ Networking Series at WeWork Equatorial Plaza

Let's Talk! Get to know Boxing!