Learn them so you won’t make them….

Started your own gig? Congratulations – it feels good to be boss and better yet, it feels good to earn your own money. That’s one of the things I love about being a freelancer (been one for more than 10 years now!) is that the harder I work, the more money I get – which sometimes unfortunately doesn’t happen in the corporate world.

But one thing that also sucks about being a freelancer is… yups, you got it right – money. Not that you aren’t making any but that you don’t really know how to be better at it. And it’s not enough to just save in your bank but also to determine how you are going to make more so you can save more and what you can do with the money to work harder for you.

Sad to say, when I first started freelancing, I was pretty young and impressionable. I didn’t do so great at first but after the first year, I had a steady income that was more than what my last job was paying me – and some months, I had pretty sizeable income.

So what did the young me do? You guess it – spent it all! Whether it is on designer bags or expensive meals or things I really did not need, it felt good to have the moolah to purchase these things. You only live once, right? True – but what are designer bags going to do when your funds run low? Fortunately, after a few years of splurging, I started saving (because how many things can you buy!). And to be honest, it felt better to be depositing than crediting! It takes a lot of discipline to do it but making it a point to save a certain amount of money each month put me in a better financial situation.

#1 Devaluing myself
Indirectly, this has something to do with cold hard cash. When I first started out, I obviously needed the experience and to get this, I needed clients to give me the chance. Sometimes, this means charging really low for a project. Fast forward a few years later, because I had given some clients such a low rate, it was hard to tell them that I needed to charge them more, so I had to stick to these lower-than-profitable prices. In a way, I had devalued my skills and experience, and instead of getting paid what I was worth, I was getting paid a newbie would –good for my client, not so great for me. Also interesting to note is that when you devalue your work as a freelancer, your client won’t take you seriously either and will continuously demand for your “best price” AKA lowest possible price.

#2 Failing to follow up on invoices
Everyone hates it – and so do I. But if I don’t do it, I don’t get paid. It is as easy as that but unfortunately, there were a few times when I had forgotten to send an invoice and follow up with it. For months sometimes. By the time I want to send in my invoice or follow up, the person in charge had already left and nobody in the company knew what I was talking about. Consider it a lesson learnt. I know do my invoicing as soon as I complete the job and send it together with that.

#3 Falling for quick money
I’m not proud to share this but when I first started, I was broke. I only had RM1,000 in my bank and thought I was a hero for quitting my job to take on freelancing. That’s a rookie mistake! You know what else is a rookie mistake? Taking on that instant RM3,000 loan from your credit card with instalment payment. I thought to myself then – hey, just what I need: Money right now. What I didn’t think was whether I could make the instalment back and were there interests to them (no and yes).

Some months, I struggled to make the money back so the interest piled up. I soon learnt the phrase no such thing as free money to be sooooo true. What did I want that extra cash for? To pay off my credit card – which didn’t make sense at all when I think about it today.

Thankfully, I secured a huge job and as soon as I got paid, I paid off that loan and put it down as a never do that again.

#4 Not saving enough!
This is a mistake anyone can make… even you with that corporate job. The problem with not saving enough as a freelancer is that my cash flow is unpredictable and sometimes that meant having to dip into my savings account. But what happens when you don’t have any savings and you spent them all? Read #3 again.

So, whether you are a freelancer or office worker, know that you have to make a budget, including a percentage of that into savings, and actually stick to it. In the long run, your future self will thank you. 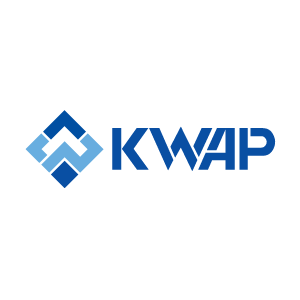 More Reasons Why It Is Important To Love Your Job 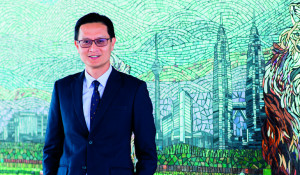 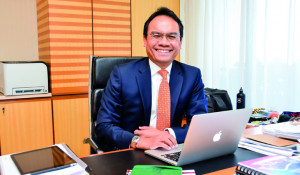 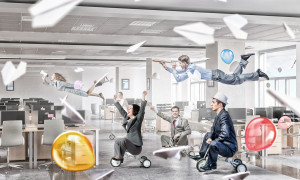 A STEP UP TO SUCCESS What Makes a Good Mentor?

Want to go further in your career? You may want to consider getting a mentor as the right ... Shifting from in-person to the digital world, which is more preferred? 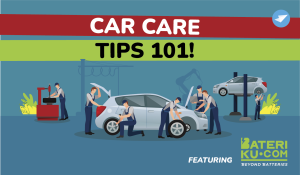 We teamed up with Bateriku.com to come up with simple tricks and hacks you need to know about ...