Focused on The Goal

Ernst & Young (EY)'s youngest partner Ahmad Qadri shares what it takes to make it to the top.

While most children dreamt of being police officers, firemen or soldiers, at five, Ahmad Qadri had already set his sights on following his father’s footsteps and becoming an accountant. And unlike most people whose ambitions shift as they grow older, Ahmad Qadri stuck with his all the way into adulthood until he was made a partner at Ernst & Young (EY) (when he was only 33 years old!) after 10 years of hard work since starting there as an intern in 2005.

“I am glad that my internship at EY didn’t involve any photocopying work or making drinks for my seniors. Instead I was lucky enough to be given an audit file to handle on my own. It wasn’t big, but the opportunity caught my interest,” says Ahmad Qadri.

Just like how he set his goal to be an accountant early on in life, it was during the very first year of his internship that he set his sights on becoming a partner after being shown a glimpse of the life that comes with the job. “My seniors were telling me how some partners could afford to buy two luxury sedans in cash in just one month and they showed me the basement carpark where the partners’ cars were parked. I saw the cars they were using and that became the motivation for me to stay on and become a partner,” quips Ahmad Qadri. 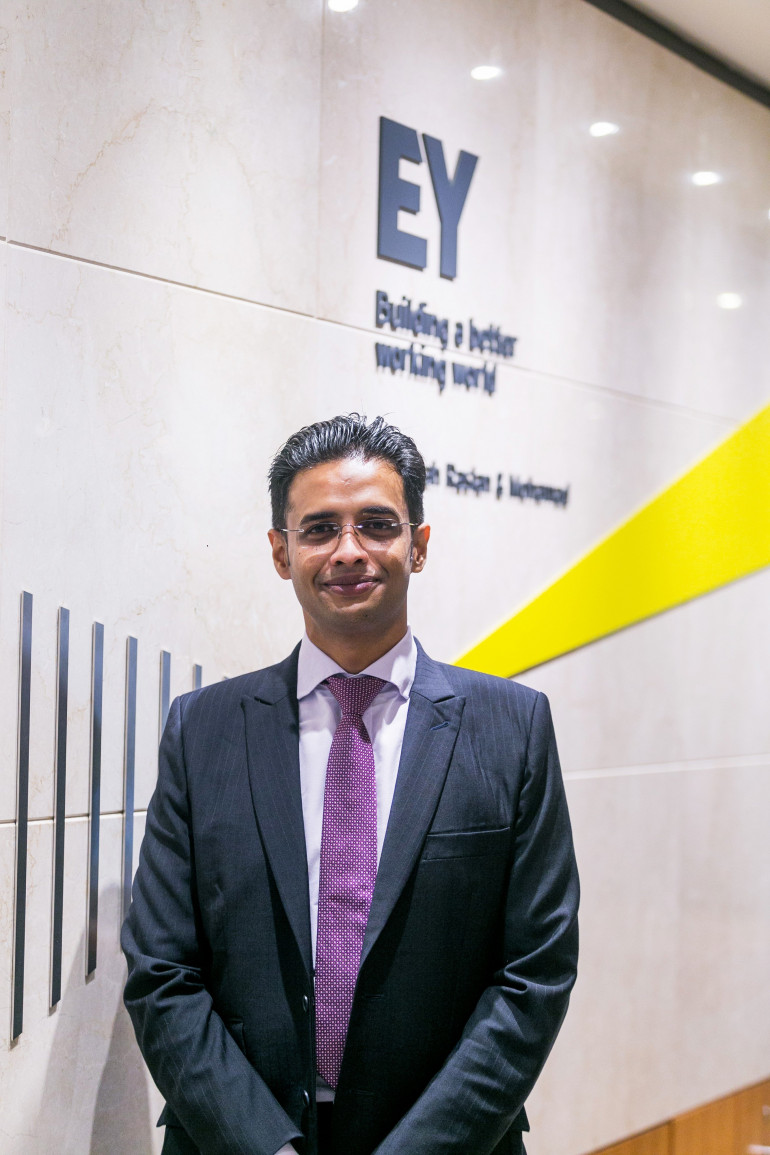 THE RIGHT ATTITUDE
Looking at young talent who might one day be partners themselves, Ahmad Qadri says that attitude is much more important than intellect. “As long as the person is willing to learn, they can be moulded. I always see if they are open minded enough and hungry to learn,” he says. “It’s OK to make mistakes as long as they realise it and are motivated enough to get work up to partner level.”

This emphasis on attitude stems from his own experience climbing up the corporate ladder to where he is now, which can bring about sheer pressure and where there is always the risk of burning out. “Whatever is glamorous about being a partner comes with a risk and I can say that the stress level is very high. In public practice, it’s always essential that the quality is always high, on top of having to deal with tough clients and tight deadlines that can get tighter and tighter every year,” he says.

Because of this, Ahmad Qadri says it is very important for one to have a mentor or at least someone to talk to and receive guidance from. For him, that mentor is the individual who started him on this path into accountancy – his father.

“Since I was a kid, my dad has always been my mentor, someone I can really talk to. I am also fortunate to have had different mentors at every stage of my life and they played a big role in keeping me on the right track and keeping me motivated,” says Ahmad Qadri.

Life is about challenges, about getting back up from failures, and how you move on and not take the easy way out.

When it comes to challenges, Ahmad Qadri says the most difficult thing for him is to make sure he is there for his family, while at the same time ensuring his responsibilities at work are taken care of. To this end, he is glad that EY is result-oriented, thus allowing for certain flexibility in the way one plans one's work.

“As long as you can deliver your job, it doesn’t matter what time you start, what time you actually go back; it’s how you want to fill the time. So if you think that a certain thing is a priority, you go ahead and do it,” says the father of three.

To that end, he says the biggest challenge for the younger generation is that they need to be realistic about how the world operates and not be too rigid with wanting things to go the way they want and walking away when it does not please them. “Life is about challenges, about getting back up from failures, and how you move on and not take the easy way out,” says Ahmad Qadri.