#teamGRADUAN takes a look at some of the most memorable moments from the sporting spectacle and lessons we can learn from them.

It’s been a little over one month since the closing ceremony of the Tokyo 2020 Olympics. The sporting spectacle was a historic one as the 2020 edition was the only time in history the games were postponed. The best athletes from around the world competed during the pandemic as spectators and supporters mainly cheered from home.

During the 16-day long event, the world witnessed the good, the selfish and the best of man in their individual quest for a golden legacy at the Olympics. Here are some memorable moments from the Tokyo Summer Olympics!

Tamberi’s rise through adversity
Many mistaken the endeavours and training regiment of athletes as nothing more than a mere hobby or acts of play. In reality, sports and the work they put into it is their life. World-class Olympic level athletes often train between two to three times a day while undergoing strict diet plans (depending on the sport) with minimal days off.

All this hard work can easily be undone by a fall, slip or accident. That is exactly what Gianmarco Tamberi of Italy went through prior to the 2016 Rio Games when he broke his ankle in an earlier tournament that ruled him out of the Rio Olympics and even threatened to end his competitive career. Through grit, determination and hard work, we saw the will to win take precedence over adversity as Tamberi celebrated gold in the men’s high jump event in Tokyo.

We saw just how much the gold meant to him as he celebrated with the cast that wrapped his foot in 2016. 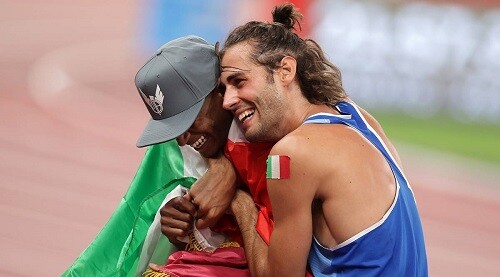 The shared gold medal
The Italian superstar remains on the list in the second entry when Tamberi alongside Qatar’s Mutaz Barshim decided to share Olympic gold in the men’s high jump. The pair became friends since 2017 after constantly meeting each other during track meets around the world.

Both athletes’ run in the finals was perfect until the bar was set at 2.39 meters in which neither athlete could clear. During a huddle with officials, the idea of a jump off was presented to them but Barshim had other ideas. ‘How about two golds?’ the officials agreed and the rest is history! 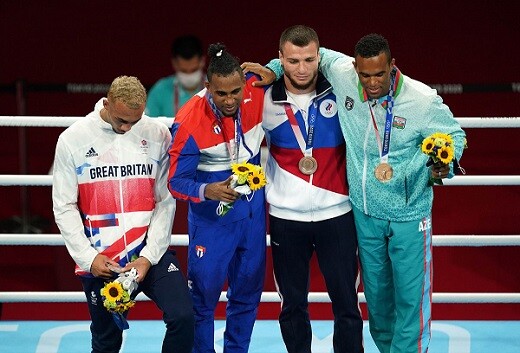 “You don’t win silver, you lose gold”
In Olympic boxing, athletes that make it to the finals will need to fight up to four times in the span of less than two weeks before actually competing for the gold. Benjamin Whittaker of Britain made it to the finals after beating his last four opponents.

After a close fight, the Brit fell short to 2016 gold medallist Arlen Lopez of Cuba. Although many watching at home would see silver as a good cause to start the celebrations, Whittaker was clearly disturbed by the loss, crying during the prize giving ceremony and even refusing to wear it on the podium, as he was seen stuffing it into his pocket.

While many felt that the boxer’s actions were uncalled for, he was praised for his championship spirit and his determination to settle for nothing less than gold. He was quoted as saying “You don’t win silver, you lose gold”, the mindset that brought him to the pinnacle of amateur boxing. 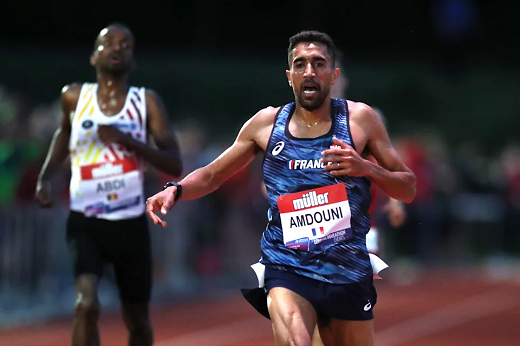 Slippery bottle incident
Marathoner Morhad Amdouni came under heavy backlash from netizens after a video emerged of the athlete knocking down an entire row of bottles at a rehydration station except for the last one which he kept for himself.

Amdouni later clarified that what he did was not an act of sabotage but explained that since the bottles were all dipped in water, he struggled to get a grip on any of the bottles but ended up getting the last one. The Frenchman ended up finishing at a very respectable 17th position, six minutes behind gold medallist and world record holder Eliud Kipchoge.

Worry not, even if he did knock them down on purpose, it really isn’t as bad as it looks because there are plenty of other hydration stations for the runners to grab some water from!

KPMG Wants You to be Their Ambassador!

Vote for Dell Malaysia at the GRADUAN Brand Awards!

Vote for Clarivate at the GRADUAN Brand Awards!