Lumpur, the Group is now present in eight out of 10 ASEAN nations (Malaysia, Indonesia,

the US and UK.

CIMB Group has the most extensive retail branch network in ASEAN of more than 1,000

branches as at 30 June 2013. CIMB Group’s investment banking arm is also emerging as the

CIMB Group is listed on Bursa Malaysia via CIMB Group Holdings Berhad. It had a market

capitalisation of approximately RM63.1 billion as at 30 June 2013. The Group has about

We have been honoured with a range of awards, including:

• Life at Work Award 2013 by Ministry of Women, Family and Community Development

• Global Islamic Bank of the Year by The Bankers 2013

• Best Investment Bank in Malaysia by Euromoney Awards for Excellence 2013 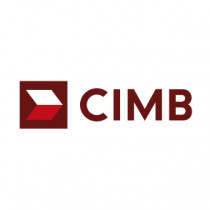