Built on Passion: KakiDIY Malaysia, a place for DIY enthusiasts

We checked in with DIY advocate and enthusiast Johnson Lam, also founder of KakiDIY Malaysia.

“Before the glory days of YouTube and Facebook, I was very active in forums in the late 90s, posting articles complete with pictures and guides on DIYs. Sadly, forums slowly died off so hundreds of my articles were lost. I was known as the DIY King at that time, so to preserve the movement, I established KakiDIY. The hidden meaning of ‘kaki’ in Hokkien (I am a Hokkien) is ‘yourself’, which is synonymous with KakiDIY meaning Do It Yourself,” explains Johnson Lam, founder of the group.

DIY is nothing new. Not only can it save you cash at times but according to the DIY King, it gives one a sense of satisfaction. “You get to do something yourself, experience the process, and see the outcome of it. It doesn’t have to be big or complicated. For example, during the first MCO, many tried Dalgona Coffee and shared their success online. It moved many to try it out. That’s what the DIY spirit is all about,” Johnson says.

The goal for KakiDIY was to create an online community platform where DIY articles, ideas, and recipes can be shared amongst like-minded DIY enthusiasts. Facebook ultimately contributed to the growth of the community, which is now 26,000 members strong (and counting!). KakiDIY even works closely with SMEs and government agencies like MaGIC, MCMC, MDEC hosting DIY/entrepreneur events, leading to the establishment of maker movements across the country. The community is also well known for Ideathons, Hackerthons, and Makerthons. Johnson personally hosted and mentored 20-plus Hackerthons over the last five years. 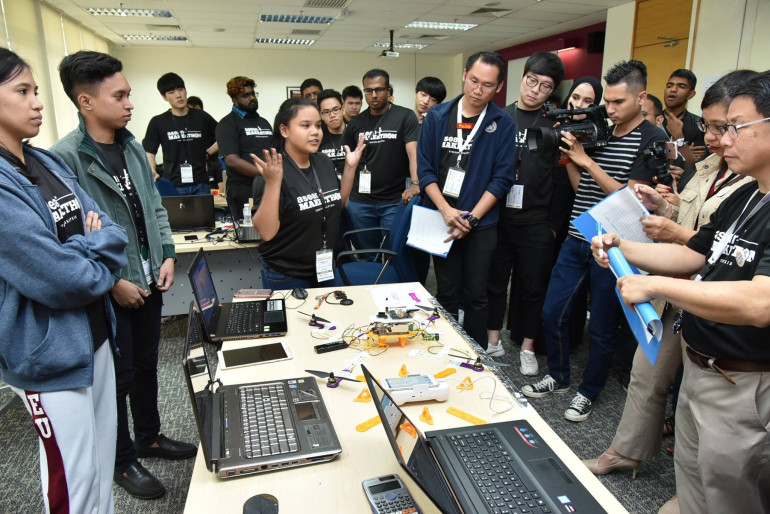 “The most impactful event has to be ASEAN MAKERTHON 2017. It was hosted by KakiDIY in collaboration with MCMC Malaysia and TELSOM (10 countries in ASEAN), connecting communities across ASEAN. Then, during the pandemic, we connected virtually to share ideas and best practices through Makers without Borders, a community movement hosted by the American Spaces Philippines team,” says Johnson. On top of it, KakiDIY has also curated specific community content for the rural communities as part of its outreach programme.

Passion First
The idea behind KakiDIY was purely out of passion. “I like taking objects apart and innovating everything I see since I was nine. I enjoy sharing my best practices and teaching people how to do their own mini projects, and I apply it to all my other hobbies: computing, photography and automotive. Now, with KakiDIY, I aim to inspire people and incubate next-generation innovators,” shares Johnson.

This on top of Johnson’s very impressive resume – eight years at Dell Computers Malaysia, Microsoft Malaysia, and Dell China in Sales, Website Development, eCommerce, managing 30-plus people across the Asia Pacific; headhunted by YTL to build a new telecommunication company (Yes4G), and for the last seven years, managing a part of TIME Dot Com’s ASEAN business in Vietnam. While running a few side businesses and dedicating his free time to KakiDIY and its community. 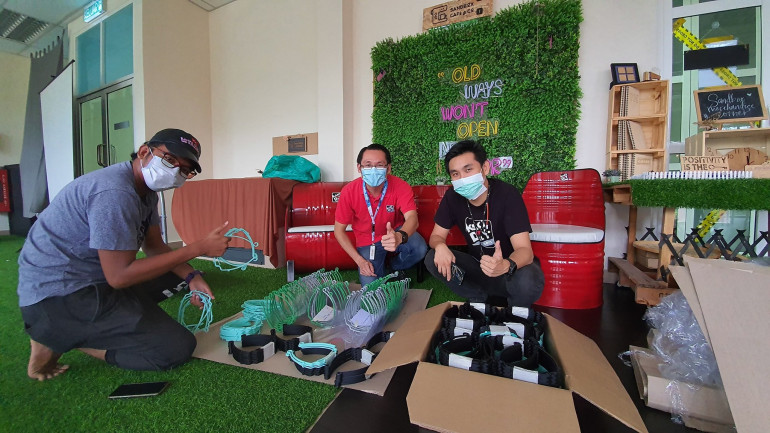 His recent achievement? Making PPEs for our frontliners. “During MCO last year, there was a shortage of PPEs. We did our part as DIY makers to 3D print face shields, mask straps, and even intubation boxes for hospitals and frontliners. I personally assembled nine units of 3D printers at home and printed over 20,000 pieces of PPEs within two months,” Johnson says.

Get Started
Now that the whole world is spending more time indoors, here are some suggestions from the DIY King on interesting DIY projects. “Look around for broken items, things that need to be maintained, or just something that needs to be refurbished. It’s fun and educational. Or things that are to be thrown away. Google DIY recipes and upcycle them, like turning plastic bottles into self-watering planting pots.”

Need help with your DIY project? Fret not, help is on the way at KakiDIY’s Facebook page (click Like to join!). Make sure to check out its other sub-groups: KakiRepair for repair help and guides, KakiDIY’s Inovasi Hijau YouTube Channel for upcycling projects, and KakiDIY’s AutoDIY YouTube Channel for automotive DIY and maintenance.