The #1 mistake job seekers do

The biggest mistake job-seekers do is to limit their career choices to their degree. For example, a science or biomarine graduate might think one can only work in industries related to what one studied.

Fresh graduates need to get out of this mindset, stresses Leonard Ariff Abdul Shatar, Group Managing Director of Chemical Company of Malaysia Berhad (CCM). He should know, as he speaks from experience.

Leonard graduated with a degree in law and economics from Australia and upon his return to Malaysia, promptly went to work in a legal firm. “Three months into the job, I realised that a career in the legal field was not what I wanted,” says Leonard.

“I also realised I was more interested in economics and that to thrive, I needed a career with a job scope that changes on a regular basis.”

His dreams of an ideal career were realised when he joined CCM. “I never held the same portfolio in CCM for more than 18 months. I kept adapting to new situations and learning new things.”

“Whatever university degree you have would not dictate your career for the next 30 years,” says Leonard. 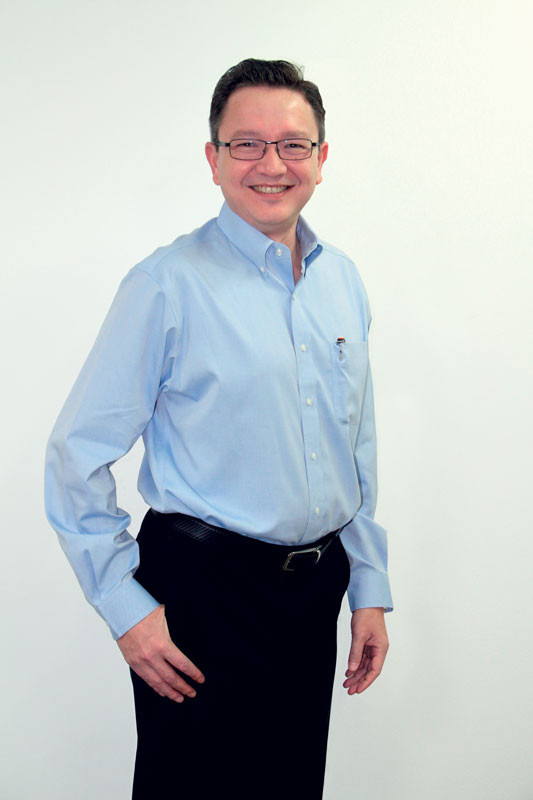 “At CCM, we have an individual with a medical degree who works in the marketing department. We have people with pharmaceutical and mechanical engineering degrees in departments that had nothing to do with what they have learned in university.”

“What makes them successful is their willingness to adapt to the situation and their hunger to learn new things. Always be ready to learn new things: That is a mantra that you should always keep saying to yourself. As long as you are willing to do this, you can bravely venture into any new field.

“Many young people who first enter the job market are not sure about what they want. That’s perfectly fine,” says Leonard. “You need to give yourself three years to find out where your passion lies.”

If you want to climb the corporate ladder, go ahead, but ask yourself how high do you want to go and what are you willing to sacrifice along the way.

“Not everyone can be or wants to be a CEO. While it is good to set career goals, you must also be realistic about it because your priorities as an individual change as the years go by. What was important to you when you were 25 might not seem that exciting at 35. And that is alright. In the end, to succeed, you need to find out what you are good at, be good at it, and you’ll make a career out of it.”

Before going to an interview, do some research about the entry-level salary in your field. Be realistic about the salary that you will get. Fresh graduates these days have an inflated sense of their worth. This was revealed in a study recently which found that fresh graduates expect a starting salary of RM6,000!

“Let’s not kid ourselves, money is an important factor,” admits Leonard. “But you also need to be realistic about what is being offered in the market.”

During job interviews, Leonard prefers to ask candidates what they would do with their first pay packet.

“I have seen young people making major career mistakes based on money,” reveals Leonard. “Be practical and realistic. Do not move jobs just because of money. Decide what job that you can learn the most from.”