Dato’ Seri Johan Raslan, Director and Senior Advisor of the AmBank Group and former Executive Chairman of PwC, on what it takes to rise and shine in the corporate world.

He begins his day with an espresso. And a day cannot end without reading the Financial Times, says Dato’ Seri Johan Raslan, Director and Senior Advisor of the AmBank Group. “I must be up to date – that’s key to my role – and it has been since the first day I started work.”

His current role at AmBank is to provide advice to the chairman and the board as the company navigates itself into the future. “Every day, I touch base with key people in the bank and talk to those involved in the projects I’m working on. Communication is vital. Over the years, I’ve learned to be open, forthright, gentle but firm.”

Johan’s career began in accounting and he went on to become one of Malaysia’s best-known professionals in advisory, assurance, and corporate governance. He says the secret to his success is resilience. “I think I take failure well,” says Johan. “I shut it off, pick myself up, and recover quickly. I’ve seen colleagues take a long time to recover from a setback. They relive failures over and over again, it eats them up.

“The one thing I will say to everyone in the workplace is that you’ve got to have resilience. There will be bad days, when it’s hard to go to work, or unfair appraisals, or when you are treated unfairly. These are not reasons to chuck your job. You pull yourself together, and get on with it. You cannot just give up.”

Johan studied economics and accounting at Hull University and graduated in 1981. Before that, he attended Victoria Institution in Kuala Lumpur, although the rest of his family were living in the UK.

The first thing he learned about work life is the importance of the interview. “As a student, I had no idea what I really wanted to do,” says Johan. “My childhood dreams of becoming a pilot or a race car driver had by then fizzled out. All my friends had a vision for themselves. By third year, I felt a sense of panic. In desperation, I started going for interviews in the UK. I messed up every one and was rejected left, right and centre.”

Then, after a particularly bad interview conducted by a rather nice person, Johan asked what he did wrong. The interviewer had wanted to hear precise details about Johan’s own experiences, like an earlier internship, which he could have offered in written notes, if not from crystal memory. “That was my turning point,” says Johan. “The next interview, I aced it.”

He found that job interviewers were usually nothing like himself. “They are different people, with different backgrounds and experiences. I was a little shocked by that in the beginning but quickly realised it’s the nature of things.” 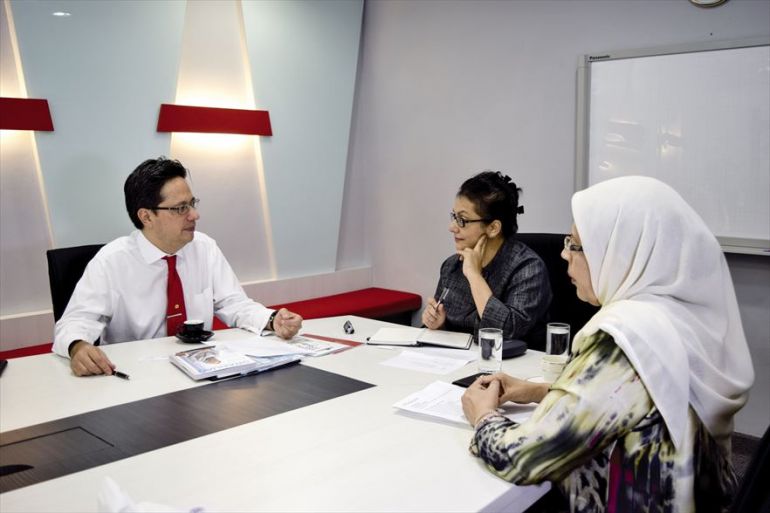 Johan’s first job was at Robson Rhodes London, an established British accounting firm, where he worked 10 years. “It was a great job. At university, I did OK at studies but I found accounting boring. I remember my university time as being playful. When I started applying my knowledge, I liked it and I felt like I was accomplishing something. I would like to make it clear that anybody can do well when given a chance to apply what they know.”

Then he moved to PwC London, taking a position that was slightly junior than expected and working with younger people. “But I worked hard, did many all-nighters and pulled through days of feeling like I hadn’t achieved anything,” says Johan. “Tough but I got promoted soon enough. I did well. I found that it’s quite hard when you change jobs and move out of your comfort zone.”

Ah, the comfort zone. He was a local hire in London, and by then Johan realised that he was so well settled in the UK, it had become his comfort zone. So, a big move. In 1992, at 32, he decided to move back to Malaysia. “I always knew that I wanted to work in Malaysia. I did a lot of due diligence on jobs here and considered many positions.”

"There will be bad days, when it’s hard to go to work, or unfair appraisals, or when you are treated unfairly. These are not reasons to chuck your job. You pull yourself together, and get on with it."

He chose PwC Malaysia, where he became a partner and stayed for 20 years. When he left in 2012, Johan was Chairman. “When I returned to Malaysia, I found colleagues who were sharp and deeply immersed in their projects. Typically, Malaysians worked on more projects simultaneously. They multitask. I found Malaysia to be more diverse than the UK. It wasn’t the ethnicities; it was their experiences. That’s how I began to understand different company DNAs and corporate cultures and their different performances.”

Looking back, Johan says moving back to Malaysia was one of his best moves. “I hear many Malaysians say they can’t come back here after years of working abroad. I disagree. You can follow your heart and come home.”

He also advises everyone to take any chance to work overseas. “It rounds you off as a person. You see other cultures, different people, and it takes you out of your comfort zone. People think of London but it does not matter where. Really, put everything aside and go. It makes you promotable.”

Johan’s work has taken him to Europe, America and Asia. China, he says, is one of the hardest places to work in due to its highly competitive nature. It’s also constantly changing. “You could be the right person today in China, but in two years, you may be outdated.”

It’s harder to do well in Singapore than in Malaysia. “It’s quite edgy in Singapore; they’re always switched on,” he says. “Malaysia is quite forgiving. Time spent in a tougher environment is a good investment.”

He’s also had a number of fantastic mentors. Among them, his predecessor at PwC Malaysia Raja Tan Sri Arshad Raja Tun Uda and colleagues like MDs Datuk Khoo Eng Choo and Chin Kwai Fatt, who were a big influence. “Bosses need mentoring and coaching too! In fact, I have had the benefits of mentoring by scores of colleagues and others mentoring me. Always listen to younger people.”

Still, professional learning comes from reading. “I read a lot including the social media, especially the Financial Times. I read also about management and business cultures because all of these contribute to results. I relax by reading detective stories. Love that genre.”

TRIP TO THE TOP

Dato’ Seri Johan Raslan shares some tips on how to stand out.