In 2015, Malaysia Airlines underwent a huge turnaround plan to try to stem years of losses. Its owner, Khazanah Nasional Berhad, implemented a business restructuring, which involved, amongst others, a downsizing exercise.

Two years on, the airline is a different organisation. For starters, it is now behaving like a start-up firm. Instead of relying on past glories, the national carrier is now a hungry player fighting for a piece of the ultra-competitive commercial flight market.

“It’s a change from an entitlement mentality to one that is hungry for business, for success and we are not letting ourselves be intimidated by the competition,” says Chief Human Resources Officer, Claudia Cadena. “We want to drive the market, be market leaders and drive the industry.”

This renewed sense of purpose, she says, is reflected in everything the firm does, especially its policy of hiring new graduates. “I don’t need to know that you are an A student because 80 percent of people are. So, if you are an A student, what is it that you bring over and above your grade? What makes you stand out?” says Cadena. For Malaysia Airlines, what stands out is the ability to be a leader, team player and problem-solver.

Being a service-oriented company, Malaysia Airlines also wants people who are street smart instead of book smart. “We need people who are outgoing, who can interact with others, able to handle stress and who can think on their feet. You don’t get these things in the classroom. You get them out on the street.” 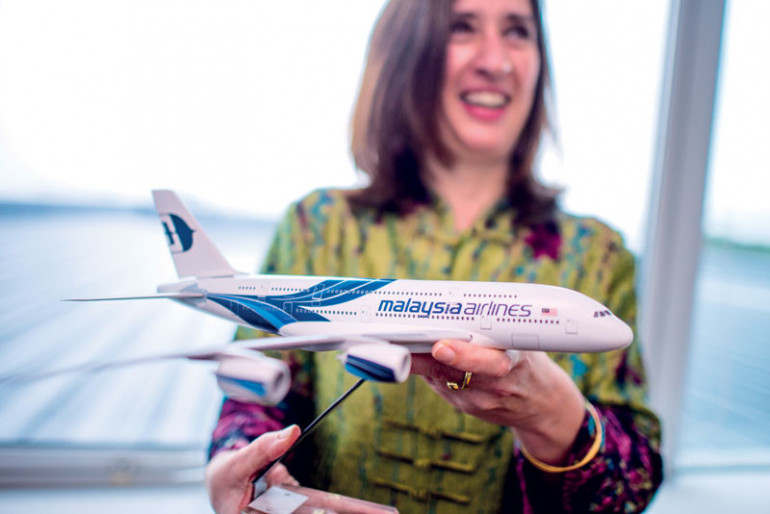 In keeping with a new culture of openness and effective communication, Malaysia Airlines wants its new hires to be able to state in clear, concise terms what they can offer to the company. This means no three-page resumes filled with details of personal life or college majors. “Don’t tell me you went to communication workshops. Show it in your CV in the first page that you have these three skills. When I look at how you structure your CV, it tells me how effective you are as a communicator. Your grammar, your sentences.” New graduates, she says, make the mistake of overloading their CVs.

The firm is always on the lookout for fresh graduates for its 18-month management trainee programme where they are exposed to the inner workings of the relevant division within Malaysia Airlines. This specialised programme is a pipeline for future leaders, says Cadena.

After the 18 months, those who have what it takes will be offered a permanent executive position but they need not start at the bottom, she says. Some trainees are even hired as senior executives. “If you have what it takes and can demonstrate it… we accelerate you. We are very clear that we want to nurture leaders and embed them in different parts of the organisation,” says Cadena.